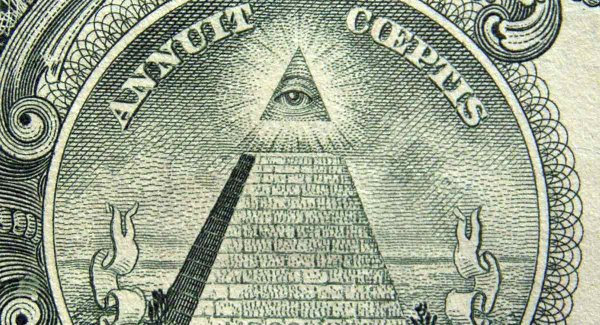 It used to be capitalism vs. communism, free markets vs. central planning

When people talk about ideologies and political beliefs, the mind usually goes to the left/right political divide, commonly referred to as the “political spectrum“. On one side -and I’m obviously oversimplifying here for the sake of brevity- are the proponents of ideas like central planning, social welfare, big government and redistributive taxation. Names like Marx, Lenin, Rosa Luxemburg, Olof Palme and many others come to mind. On the other side one can find ideas like free markets (and their invisible hand), the law of supply and demand, laissez-faire, entrepreneurship and, generally speaking, as small a government as possible. People mention names like Adam Smith, Keynes, Hayek, Milton Friedman and at the extreme end, Ayn Rand.

In addition to the above, if you follow a more holistic school of thought like e.g. the political compass, you would note that there’s more to politics than the way the state handles people’s money. The social behaviours that are or are not allowed are at least as important, if not more. On one hand you have progressive, permissive societies, like Denmark or the Netherlands, and on the other conservative, authoritarian ones like China or Russia.

So clearly both the economic and the societal dimensions of politics are important. People have not only hotly debated the differences between different forms of government, they have literally given their lives for it.

It’s not that these differences do not exist, or have been ironed out. There are still people that believe that “workers should own the means of production” (a Marxist thesis), others that “a man’s ego is the fountainhead of human progress” (an Ayn Rand thesis) and others of course everything in between.

But everyone that takes even a casual look at talk shows, or the social networks, actually any medium that hosts public discourse will note that the lines are increasingly being drawn in a different way: those that base their opinions on reason -or at least try- and those that advance or fall prey to conspiracy theories and other instances of unfounded beliefs.

I’ve first come to this realization some months ago, when I noted that, during discussions in a social network, I kept agreeing with a left-leaning doctor while being more of a free-market person myself (though I’m nowhere near to being an Ayn Rand fan). At the same time, the doctor kept disagreeing with people that belonged to the same party -or at least were clearly left-leaning. Why? Both of us were defending government policies that, no matter how much you liked or hated the current Greek government, were based on the medical research that was available at the time. The “others” were bashing the actions of the government… because they were followers of a different political party. Whether the actions of the government were right or wrong, it simply didn’t matter. For them, the opposing party will always be wrong.

I’ve since tried to follow this a bit more closely, and by now it’s clear to me. You see distinguished members of the US Republican Party distance themselves or even denounce Donald Trump. You have virologists that present solid, peer reviewed evidence on COVID-19, and others that rely on unscientific gobbledygook, even flat-out schoolboy math errors, just so they can advance that “COVID is mostly harmless” or “it’s no worse than the flu” (which it bloody isn’t).

Are there always two sides of the story?

Look, let’s be honest here: the last man described as “universalist”, an all-knowing polymath, was Henri Poincaré, and he died more than 100 years ago. Since then, all of us have to please our trust somewhere. We have to believe that someone, in certain areas, tells the truth -and build up on that.

But reducing the matter to just “I believe A, you believe B, why is your belief better than mine?” misses a very big point. At the very minimum, there are beliefs that are validated by reality and ones that are not. To take a simple example: many of us regularly use GPS to help us drive through our city. If you believe that earth is flat, it’s… a little strange to be able use the signal from satellites, isn’t it?

So the conclusion I’ve drawn from all this is the following: sometimes I find myself agreeing with people that normally don’t share my political opinions. Conversely, I might disagree with people that do. That’s fine. At the end, we share the most important political thesis of all: there exists an objective reality and the best way to discover it is to use the scientific method. And yes, reality imposes constraints on us, often unpleasant, and until we find a way to work around them, we need to accept them.

And no amount of YouTube videos can change that. 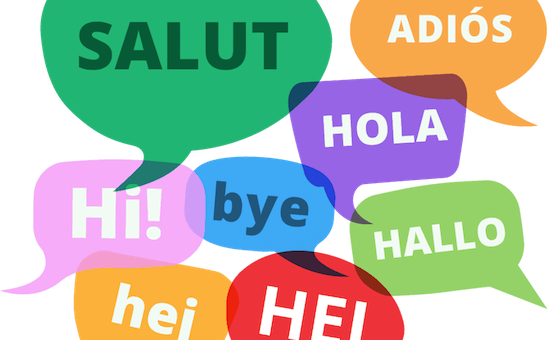 Short version: I’m honoured to be accepted as a volunteer translator for the Debunking Handbook and skepticalscience.com.

Hoaxes, myths, fake news. Unless you’ve been living under a rock (which is mildly unlikely given you’re reading a blog right now) you’ve encountered at least one, probably many. Is fluoridated water a plan to impose a communist government in the US? (no). Do airplanes spray us with chemicals to make us obedient? (no). Are the members of the UK Royal Family lizards? (no). Do vaccines cause autism? (hell no).

Over the years, the issue has gotten me both fascinated and to the brink of despair. I’m genuinely fascinated in the way people think –or, as is unfortunately often the case, don’t. And I frequently despair when witnessing how easy it is for people, even ones that I think very highly of, to fall victims to the stupidest of conspiracy theories.

Hard as I try, I’m not immune to this myself –why would I? As a recent example, when reading that “people who curse are smarter” (yes I’m painfully aware of the irony) I immediately fell for it. It was only later that I found out that this is an existing but brutally misrepresented piece of research [link, in Greek].

Many times, when discussing with friends or family, I’ve heard yet another hoax, myth or conspiracy theory. I have then tried, and completely failed, to make my friend or relative aware of the misinformation or fallacy; and not for a lack of well-founded arguments. So I started looking for a way to effectively communicate science and, ultimately, truth.

That’s how I found the Debunking Handbook and skepticalscience.com. Upon reading it, in English, I immediately knew that that’s what I was looking for. The decision to help this effort by translating the handbook in Greek was almost a no-brainer.

That’s a piece of news, tweeted by a random guy, that went viral. It’s false, but it didn’t matter at all.

Note that this is NOT a typical fake news case. The “guilty” guy -the one who tweeted the wrong info- actually did some effort to verify if his claim was true. Not that much; but this is totally understandable given that he had, like, 40 followers (basically his friends). And when his tweet went viral and was shared 100s of 1000s of times, he tried to find the truth. When he did, he admitted it, deleted the original tweet and posted the fact that it was false.

It immediately became, and still is, “proof” for a lot of people, asserting a fact that never happened.

I’m becoming increasingly desperate. There really doesn’t look any way out of this mess. People will believe anything if they want to believe it. And through the internet, it’s all too easy to find it. True or not; it doesn’t matter. 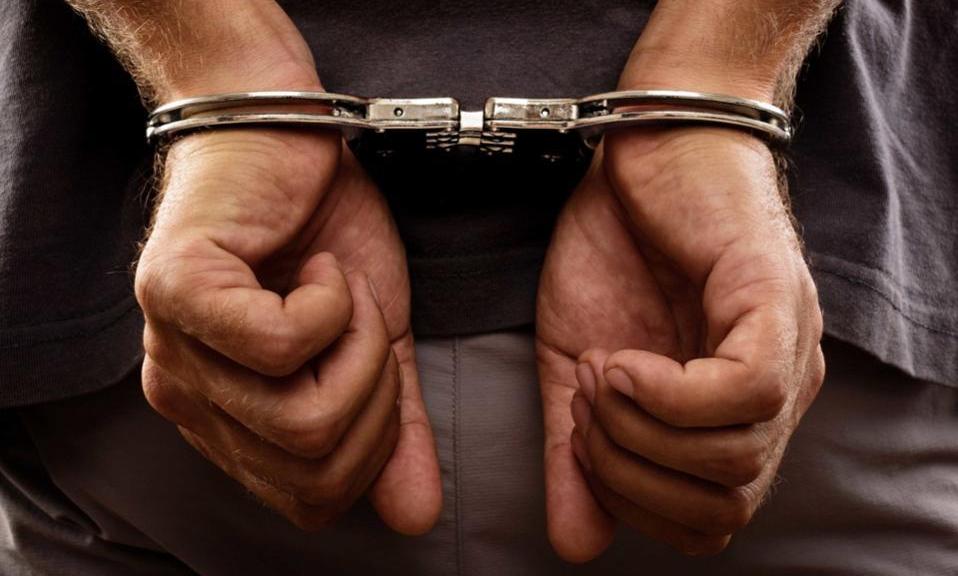 This is really a big deal.

Yesterday (Mon 16-May-2016) a court in northern Greece convicted, for the first time, a journalist/blogger for spreading a hoax.

A hoax is a piece of fake and (usually) emotionally charged news item. The usual drivers behind this is “like farming” (earning a small amount of money for every ‘click’ via Google ads) and selling bogus “health” products on the side. It’s very common for hoaxes to go hand in hand with conspiracy theories, like “chemtrails” (“we are being spreyed with chemicals from airplanes!”) or, as in this case, “harmful vaccines” (“vaccines cause autism”, “pharma companies spread cancer through vaccines!”).

Until now, the economics were firmly on the side of the scammers propagating the hoaxes: there was only profit to make, no real cost and, more importantly, no risk. So they would (and are) spreading whatever b*****t they can think of, with no or fake proof but lots of emotional content (“cancer to children!!!”) and pocket the profits.

The hoax of this specific case was titled “Shock: See how companies are spreading cancer through a vaccine”. It was about a girl which is not named other than by first name who supposedly received the MMR vaccine and then died from a brain tumor.

The story is full of sh*t. It was very well researched here.

This conviction is the only one I’m aware of globally (I do hope there are more, but I haven’t heard of any). And it may be, however slowly, a turning of the tide. Organized society needs to fight against this, and such cases are long overdue.