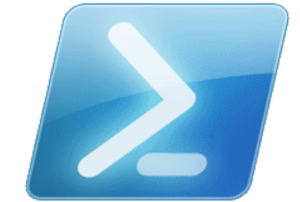 I’ve written before an example on how to use Powershell and FetchXml to get records from a Dynamics CRM instance. But there’s a limit, by default 5000 records, on how many records CRM returns in a single batch -and for good reason. There are many blog posts out there on how to increase the limit or even turn it off completely but this is missing the point: you really really really don’t want tens or hundreds of thousand -or, god forbid, millions- of records being returned in a single operation. That would probably fail for a number of reasons, not to mention it would slow the whole system to a crawl for a very long time!

So we really should do it the right way, which is to use paging. It’s not even hard! It’s basically almost the same thing, you just need to add a loop.

So that’s the code I wrote to update all active records (the filter is in the FetchXml, so you can just create yours and the code doesn’t change). I added a progress indicator so that I get a sense of performance.

For my purposes I used the following FetchXml. You can customize it or use CRM’s advanced filter to create yours:

Something to keep in mind here is to minimize the amount of data being queried from CRM’s database and then downloaded. Since we’re talking about a lot of records, it’s wise to check your FetchXml and eliminate all fields that are not needed. 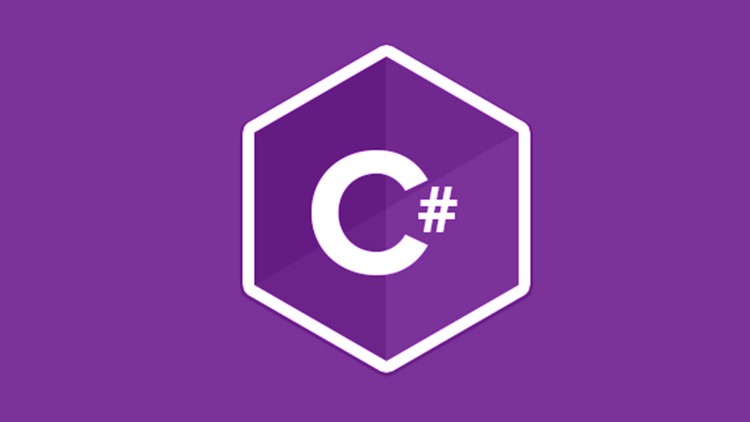 Lefkogeia is a server to test your REST APIs with. When it runs, it accepts every request made on the configured IP/port and returns an HTTP 200 “Thank you for your {method name, GET/POST etc}”. As you can imagine, I developed it for my own needs and then thought it would be handy for others, so I published it on Github.

You can download its first release here. The project’s intro page is here.

It logs all requests in a directory imaginatively called logs. It creates an access.txt file where all requests are written, and one file per request (000001.txt, 000002.txt etc) in which the request’s payload (e.g. an xml or a json) is written.

The primary use of Lefkogeia is to test/debug/troubleshoot REST API and web services clients. You run it (see release notes on that) and get your client to call it. It will log whatever was sent, allowing you to troubleshoot whatever problem you might have.

To configure Lefkogeia, edit the appsettings.json file with a text editor.

An example appsettings.json file to serve multiple addresses & ports would be:

Also note that in order to use https:// you need to generate a certificate by running

But why “Lefkogeia”, what does this even mean?

Because it’s such a beautiful place! Lefkogeia is a small village in southern Crete, Greece, with amazing beaches like Ammoudi, Shinaria, Klisidi and more. You can read more in Tripadvisor.

Powershell is great for admin tasks. Stuff like iterating through files and folders, copying and transforming files are very, very easily done. But inevitably there will always be stuff that are easier to do via a “normal” language such as C#.

Trying to solve a problem I had at work, I needed to transform a CSV file by changing the fields -which is easily done via powershell- and, at the same time, do a “get only the highest record of every group”. This is done with LINQ, which you can use in powershell but it’s cumbersome and will result in many, many lines of code.

So I wanted to do this in a more clean way, in C#. The general template to include C# inside a powershell script is the following:

Note here that the C# classes don’t have to be static; but if they are, they’re easier to call (no instantiation needed). Of course this only works if all you need to do is provide an input and get a manipulated output. If you need more complex stuff then yes, you can use non-static classes or whatever C# functionality solves your problems. Here’s the previous example, but with a non-static class:

The main advantage of having C# inside the powershell script (and not in a separate dll file) is that it can be deployed very easily with various Devops tools. Otherwise you need to deploy the dll alongside which can, sometimes, be the source of trouble.

So here’s my complete working code, which worked quite nicely:

[Update June 2020] There’s a newer post that does the same as this and is more complete -it includes paging and updating records. You might want to check it out here.

If you’ve used Microsoft CRM as a power user (on-premise or online), chances are you’ve come across the standard way of querying CRM data, FetchXml.

So here’s a script I’m using to run a fetch xml and export the results to a csv file:

When you use your own FetchXml, do remember to change the properties in the last line (lastname, firstname).

For a quick test, the example FetchXml I’m using is the following: 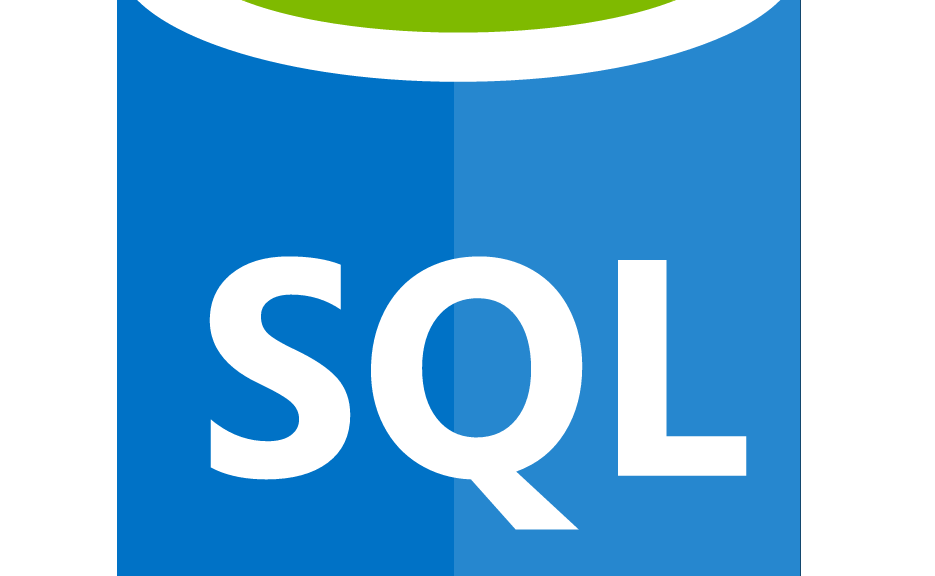 Anyone who develops software that interacts with a database knows (read: should know) how to read a query execution plan, given by “EXPLAIN PLAN”, and how to avoid at least the most common problems like a full table scan.

It is obvious that a plan can change if the database changes. For example if we add an index that is relevant to our query, it will be used to make our query faster. And this will be reflected in the new plan.

Likewise if the query changes. If instead of

the query changes to

the plan will of course change.

So during a database performance tuning seminar at work, we came to the following question: can the execution plan change if we just change the filter value? Like, if instead of

the query changes to

It’s not obvious why it should. The columns used, both in the SELECT and the WHERE clause, do not change. So if a human would look at these two queries, they would select the same way of executing them (e.g. using an index on somevalue if one is available).

But databases have a knowledge we don’t have. They have statistics.

Let’s do an example. We’ll use Microsoft SQL server here. The edition doesn’t really matter, you can use Express for example. But the idea, and the results, are the same for Oracle or any other major RDBMS.

First off, let’s create a database. Open Management Studio and paste the following (changing the paths as needed):

Note that, by default, I’ve allocated a lot of space, 180MB. There’s a reason for that; We know that we’ll pump in a lot of data, and we want to avoid the delay of the db files growing.

Now let’s create a table to work on:

Let’s examine how the database will execute these two queries:

Select both of them and, in management studio, press Control+L or the “Display estimated execution plan” button. What you will see is this:

What you see here is that both queries will do a full table scan. That means that the database will go and grab every single row from the table, look at the rows one by one, and give us only the ones who match (the ones with COMMON0001 or SPARSE0002, respectively).

So let’s create an index for that:

And here’s where you watch the magic happen. Select the same queries as above and press Control+L (or the “Display estimated execution plan” button) again. Voila:

What you see here is that, even though the only difference between the two queries is the filter value, the execution plan changes.

Why does this happen? And how?

Well, here’s where statistics are handy. On the Object Explorer of management studio, expand (the “+”) our database and table, and then the “Statistics” folder.

You can see the statistic for our index, IX_testname. If you open it (double click and then go to “details”) you see the following:

Knowing this, it concludes (that’s the job of the query optimizer) that the best way to execute the 2 queries is different:

The first one (WHERE testname = ‘COMMON0001’) will return almost all the rows of the table. Knowing this, the optimizer decides that it’s faster to just get everything (aka Full Table Scan) and filter out the very few rows we don’t need.

For the second one (WHERE testname = ‘SPARSE0002’), things are different. The optimizer knows that it’s looking only for a few rows, and it’s smartly using the index to find them as fast as possible.

In plain English, if you want the hay out of a haystack, you just get the whole stack. But if you’re looking for the needles, you go find them one by one.

Let’s say I have an abstract generic class and a descendant:

In both of them I define some static Methods, e.g.

Here’s how I find out if the static method exists :

And here’s how the “override” method is called :

Voila ! When I call, say, DataTable myList = AuditObject<T>.GetLookupTable(“inactive = 0”, 100); and T is Employee, I get results from the static method defined in the Employee class. 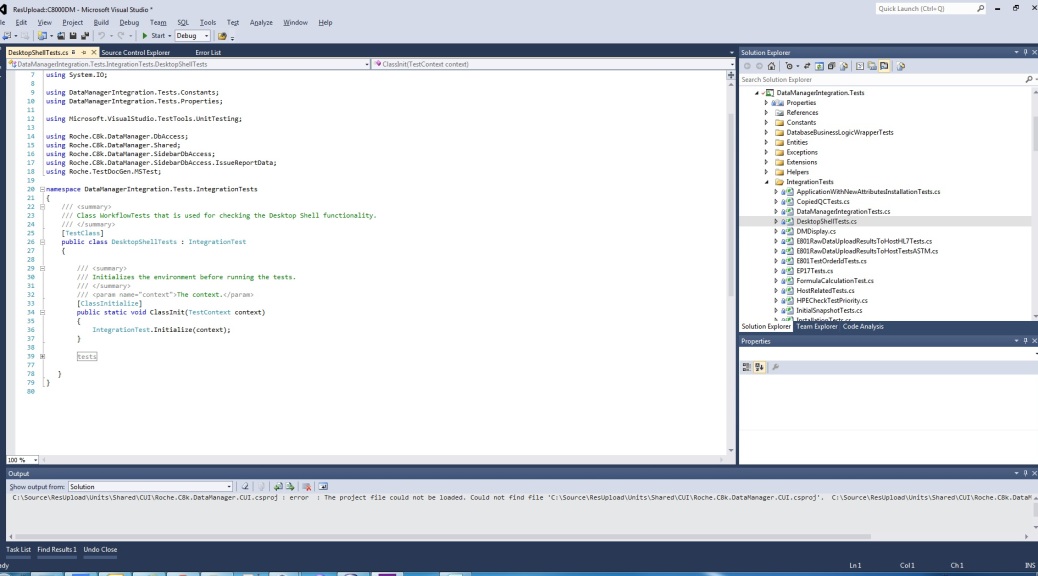 So naturally, a number of people have worked to make VS 2012 look like 2010. VS 2010’s look, IMNSHO, was a lot clearer and developer-friendlier.

So here’s a list of steps that have been tested and work :

2. With Update 2 or later, a new theme called “Blue” is available alongside “Dark” (the default) and “Light”. Select this one (you can find it in Tools -> Options -> Environment -> General) and click OK.

4. Unzip it in a new folder

5. Open Visual Studio Command Prompt (use “Run as an Administrator”). In the command prompt, enter the following commands :

You’re now in the VSIP prompt. Continue typing (obviously you have to hit enter after each line –but you knew that already) :

Important note : The commands in step #5 assume that you have both VS 2012 and 2010 installed on your machine. If you don’t, you need to a) “extract” from a machine with VS 2010 installed b) copy the folder created (it’s called Images, and it’s placed under the new folder in which you unzipped Visual Studio Icon Patcher) and c) “inject” it in the target machine (i.e. the dev PC with VS 2012).